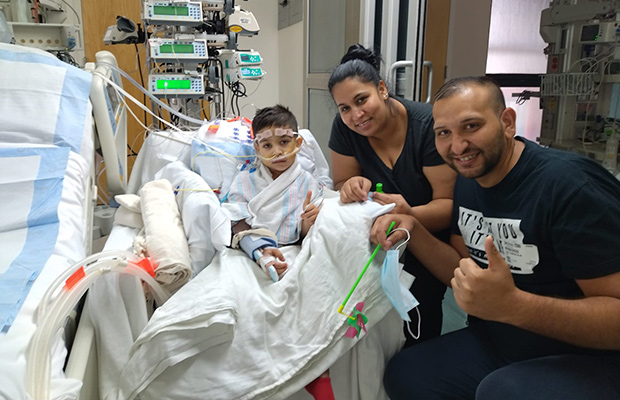 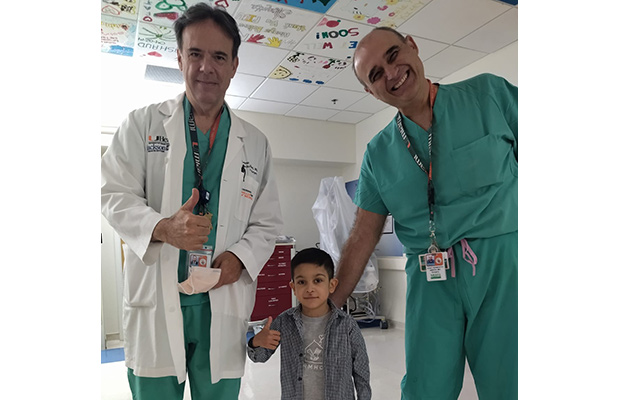 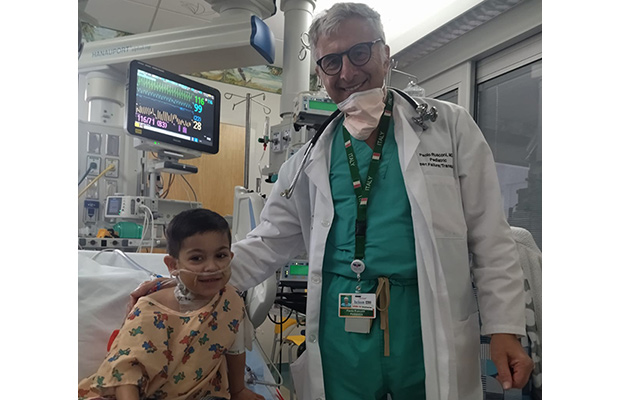 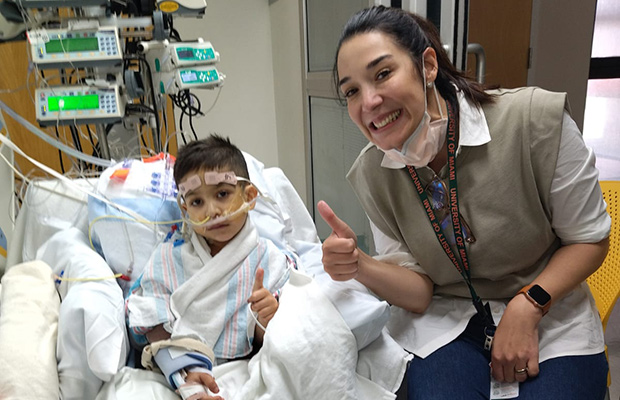 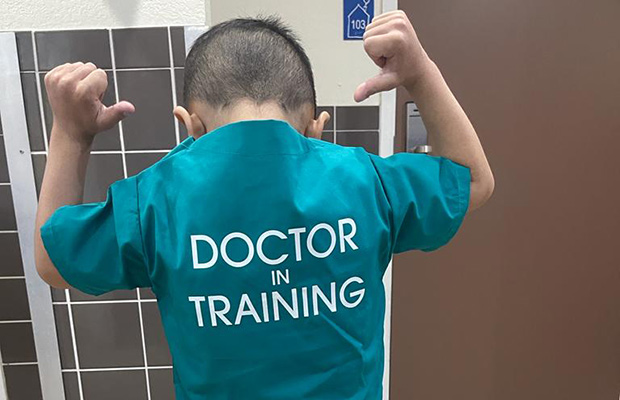 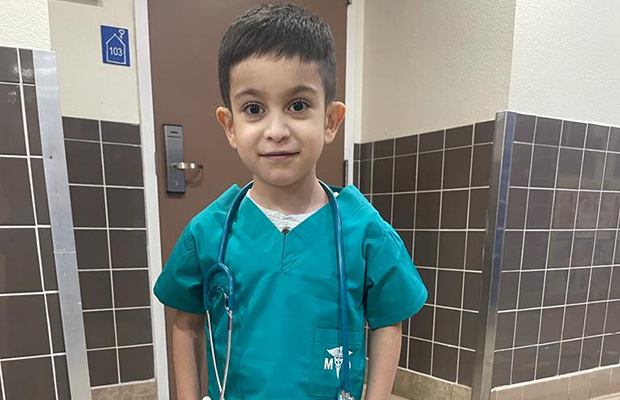 Seven months ago, Maya Ilieva and Kalin Kamenov didn’t know if their 6-year-old son, Venelin Maev, would be alive today.

Originally from Bulgaria, Venelin was born with hypoplastic left heart syndrome, a congenital heart defect that affected his heart’s blood flow, causing the left side of his heart to be extremely underdeveloped.

With the help of a Buglarian medical team, Ilieva, 24, and Kaemenov, 27, did everything they could to manage Venelin’s heart condition.

After multiple open-heart surgeries and a pacemaker implantation, doctors exhausted all of their options. Water was seeping into his lungs, causing Venelin to develop a severe form of bronchitis.

Ultimately, Ilieva and Kamenov were advised to apply for a global heart transplant, and pray for a miracle.

After months of waiting, Ilieva received a late-night phone call from Holtz Children’s Hospital at University of Miami/Jackson Memorial Medical Center. The miracle was here – Holtz Children’s was ready to take care of Venelin while they waited for a donor.

“We were already rejected by two hospitals, and our boy was getting sicker each day with bronchitis,” Ilieva said. “When we received the ‘yes’ from Holtz Children’s, it changed our lives.”

In February, Ilieva and Kamenov packed their bags and traveled across the world to the United States. Facing language and cultural barriers, they had no idea how they were going to find the resources they needed to survive in a new country – all they knew was that Holtz Children’s was willing to help them.

After settling in, the young family waited at the Ronald McDonald House Charities of South Florida for a heart to become available.

Finally, in September, Venelin’s parents received the news they had been waiting for – there was a match.

“When we found out, we immediately thought of the donor family,” Ilieva continued. “We are deeply sorry for their tragic loss, but we are endlessly grateful to them for giving our son a second chance at life.”

Venelin’s primary surgeons, Leonardo A. Mulinari, MD, chief of pediatric and congenital heart surgery at Holtz Children’s, and Joao Breda, MD, a cardiovascular surgeon at the Miami Transplant Institute (MTI), knew they had a challenge ahead of them. The boy had scarring from his previous surgeries, which made it difficult for them to re-open and navigate his small chest.

The surgical team successfully performed the transplant by re-harvesting the donor’s heart to fit Venelin.

“Since Venelin was missing the left side of his heart, his anatomy was different from a regular transplant patient, forcing us to reconfigure,” Dr. Mulinari explained. “Overall, my team and I are extremely happy with his outcome.”

In post-operative care, Paolo Rusconi, MD, director of pediatric heart failure and transplant at MTI, monitored Venelin constantly, ensuring he had the right medications to fight the possible rejection of the new heart.

“The body sees the new heart as a foreign object to destroy, which is why medication is crucial,” Dr. Rusconi explained. “The medical team has to constantly balance the medications to keep the child healthy while preventing rejection and reducing the risk of infections.”

“Having a sick child is challenging enough, and traveling to a foreign country to seek help can be isolating for families,” said Desiree Machado, MD, medical director of mechanical circulatory support at Holtz Children’s PCICU. “To tackle this challenge during his recovery, we created ways to improve communication, such as tables with words in English and Bulgarian so Venelin could point out things like ‘good, bad, hungry, pain, hurt’ – his ability to recover is nothing short of amazing.”

For now, Venelin and his family are looking forward to going back home, where they hope to live a normal life together. Venelin will go back to school soon, and will continue post-operative care in Bulgaria. He and his parents will keep constant communication with the team at Holtz Children’s while he recovers.

Venelin also hopes to stay healthy to fulfill his dream of one day becoming a doctor, which was inspired by the team he met at Holtz Children’s.

“Our family is so grateful to all of the doctors, nurses, and healthcare workers at Holtz Children’s who took such excellent care of our Venelin,” Ilieva said. “We are going to celebrate this day like it’s his second birthday.”